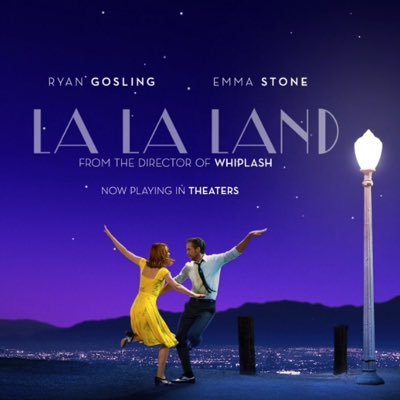 It may not have won Best Picture (in a now infamous mix-up at this year’s Oscars) but La La Land proved that musicals continue to be a much-enjoyed genre for cinema-goers everywhere — even (and perhaps especially) millennials.

I love musicals — as any former dance kid should. There’s something empowering about characters expressing through a little (or a lot) song and dance. If you’re anything like me and my group of friends, these songs about love, loss and the quest for equality and justice are the ones that stick with you.

When I saw the trailer for La La Land I couldn’t help but feel intrigued by the classic Fred-and-Ginger style the film had been given. When a co-worker raved about the movie and suggested I see it as soon as possible, I knew my first instincts had to be right. So, after dinner one evening, a friend and I found ourselves in a local theater, lost in the world of La La Land — miles away from everyday life, but close to home all at once…

PRODUCTION AND MUSIC
Perhaps the best quality of La La Land is the expertness with which time period, style and genre have been mixed. Before anti-musical folks start moaning, the saving grace of this film is that while there are a handful of musical numbers in the movie, the songs are dispersed throughout scenes filled with laughter, pain and joy. It has something for everyone!

The start of the film might lead you to believe that it is set in the early part of the 20th century (it is not…Emma Stone’s character drives a Prius and has an iPhone), but it is every bit as modern as any other movie produced in 2016.

Warning: the below contains some spoilers!

A CLASSIC PLOT WITH A TWIST
La La Land is the story of two star-crossed dreamers — Sebastian, a passionate Jazz pianist determined to keep the dying art alive and Mia, a barista and aspiring actress. They meet by chance and keep meeting — much to their annoyance — before they finally give in to their mutual attraction for one another (a favorite story-arch of romantic comedies).

The film is so much more complex than it appears on its first look. It brings up the hardships of romance — distance, time management and jealousy over achievements. It speaks of a problem young people have grappled with since the beginning of time — doing what is expected of them, being responsible and able to make ends meet or following their passions. Although the costumes and soundtrack feel nostalgic, Mia and Sebastian’s (and in turn, Ryan Gosling and Emma Stone’s) chemistry is timeless.

RELATABLE CHARACTERS
Millennials are well-known for their collective desire for realistic love stories that reflect the romances of their own lives. At the same time, though, millennials who love romantic comedies also value those narratives with the sweet ending they feel they and their favorite characters deserve.

La La Land brings us a sweeping love story that has a surprising and heart-wrenching ending. Just when it seems Mia and Sebastian have gone their separate ways (albeit amicably), the audience gets a flash of fantasy with scenes depicting their perfect life together before it is made clear that this was nothing more than a glimpse at what could have been.

IDEALISM
I loved every bit of La La Land and thought about it for days after seeing it for the first time. I encouraged many of my friends and family to see it and spent many days tap dancing and singing along to the brilliant soundtrack. If you love a good love story, if you love dancing and singing and music as an art, if you believe in the importance of dreaming and long for great adventure punctuated by bright colors and flirtatious sparks between two dazzling actors, this is the movie you have been longing for.

As Mia sings in her emotional audition, La La Land is a celebration of creativity and perseverance. “…a bit of madness is key/to give us new colors to see/…so bring on the rebels/the ripples from pebbles/the painters, the poets and plays/and here’s to the fools who dream/ crazy as they may seem/here’s to the mess we make…”