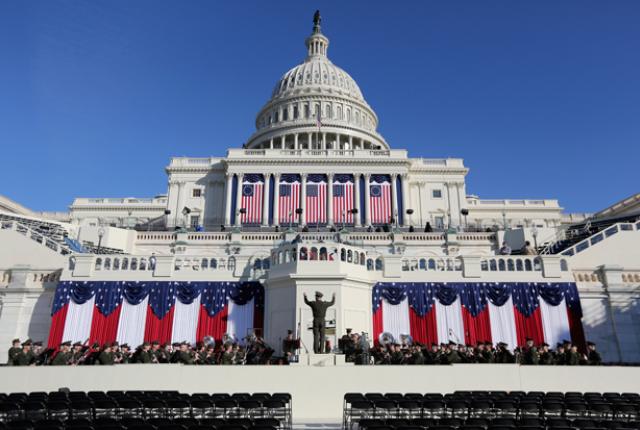 That feeling you get when you take a shot at the bar and it starts coming back up on you? I got that while typing the headline of this article. And now without further ado, what can we expect when Donald Trump becomes the 45th President later today?

Lots of Democrats will not be there
As of the middle of this week, there were more than 60 Democratic lawmakers who planned to boycott the inauguration.

Chief among them is John Lewis of Atlanta, who referred to Trump’s election as illegitimate and received a fierce rebuke from Trump, who said Lewis — who was brutally beaten while marching for Civil Rights over 50 years ago and has always let his actions speak — was all talk.

Other Democrats who won’t be there include Alma Adams of North Carolina, who released a statement noting the “fears and concerns” many have over Trump and Karen Bass of California, who left her decision to attend up to her constituents. 84% voted “no.”

There will be protests going on all over the place
There are always protests, but the ones taking place near the inauguration of Trump will almost certainly be unlike anything we’ve ever seen.

“Officials from federal, state and local agencies are preparing this year for what they say could be large-scale protests aimed at disrupting the ceremony and registering disapproval of Donald J. Trump’s presidency at the moment the world is watching his ascension to office. A march planned for Saturday could attract as many as half a million people, one official said, putting additional stress on law enforcement.”

The thought of the inauguration disgusts me, but the thought of nearly a half million people marching the next day fills me with hope. This is the beginning of the fight, not the end.

The official transition of power will happen
When Trump is sworn in (shudders) and gives his induction speech (which he said he’ll be writing himself), the official transition of power will happen. Barack Obama, a brilliant, humble, decent, caring, passionate, resolute man, will be replaced by someone who is his opposite — a man who isn’t worthy of being called a man, much less President.

And as has been the case throughout much of this country’s history, those who reject the appalling attributes that got Trump elected — with a big assist from our own FBI Director and Russia — will band together and start the movement that will ensure the Democrats pummel the Republicans in the midterm elections in 2018 and take back the White House two years later.

5 thoughts on “What to Expect at Donald Trump’s Inauguration”