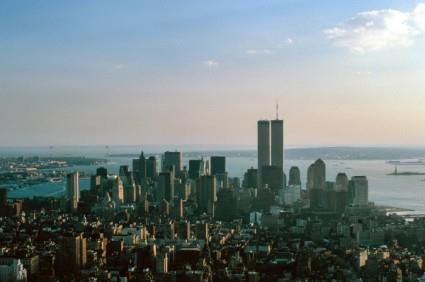 Awkward 12-year-old me sat in her seventh grade algebra class, decked out in Limited Too from head to toe, thinking it was just the start of another boring math class.

An hour later we were hi-tailed into the auditorium for an “important announcement.” An hour and a half later I ran into my mom’s arms, crying, asking if my dad had any business in Manhattan that day and if my uncles who worked there were okay. My mom didn’t only come to school to pick me up, but as the Vice President of the parent association, she had to assist with emergency dismissal. Two hours later I found myself sitting on my backpack in the hallway with the other students whose parents were part of the parent association.

I wanted to go home. I couldn’t go home because my mom couldn’t leave until emergency dismissal was over and every last kid was accounted for. Once we finally left and went home, all I can remember is drowning my worries in a bag of cookies.

In the days after I remember being able to smell smoke from our house, how my uncle lost friends and my dad losing a cousin in the line of duty. But I also remember how we expressed our pride — both in being Americans and in being New Yorkers. – Mary Grace

I was in fifth grade. I remember sitting in class and seeing the first of my classmates get called to leave as their parents were there. Then the second. Then shortly after it was my turn. My mother had come to get my brother and me too.

I will never forgetting walking into the school office where my mother had to sign us out. There were a bunch of school workers watching the television and sobbing. Everything from then on became blurry.

That is, until I got home and I could not only smell the smoke in the air, but I could see it.

I remember praying. I remember looking at the icons I have in my room and praying to God that nothing else was going to happen, as at that point, we really didn’t know if there was more in store. I remember praying for everyone who fell victim in the attacks, their family, their friends. I remember thanking God that my family was safe, and that we were able to get in touch with everyone.

And I remember thanking my parents, for pulling my brother and me out of school. It was a time where we needed to be with our family. We needed to be held by our parents, and told that everything was going to be okay.

Living in New York City my entire life, you can imagine how much this hit home. But seeing the entire country come together in support and stand tall, that was also something I’ll never forget.

I may have only been ten years old when the attacks happened, but it’s a day that’s ingrained in my mind forever.  – Michelle 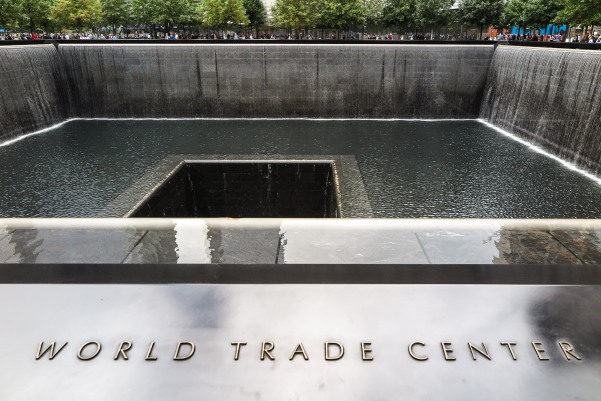 I was in seventh grade. I remember our principal coming into the lunchroom and informing us that there had been a terrorist attack, that anyone who had family in New York could leave early or call home, but school was staying in session.

In typical self-involved middle-schooler fashion, my initial reaction was to roll my eyes and to assume that this “attack” was being highly exaggerated. My parents were avid news watchers and after growing up hearing about constant fighting around the world, what should have been a red flag to me sounded like more of the same: adults arguing about politics, religion, business and so on that led to unnecessary violence.

It wasn’t until I got home from school and saw the footage of the planes hitting the towers that the impact of what had happened affected me. Thus began my hatred of war and entrance into political activism. – Alli

It happened almost 200 miles away while I was sitting in Social Studies between 8:30 and 9:20 a.m. My classmates and I were blissfully unaware of the event, but the adults at my school knew something terrible had unfolded. It came to my attention by accident when I had returned to my gym locker because I’d forgotten my sweatshirt.

“A plane flew into the Pentagon” one gym teacher whispered. Rumors swirled that “some idiot crashed into the Twin Towers,” but when I got a note from the office telling me to get off the bus at our family’s restaurant instead of at home (where my sister and I would’ve been alone) I knew something was horribly wrong.

My mom now teaches fifth grade and tells that story to her students as a “history” lesson… but for many Americans that tragedy and its aftermath continues to impact our everyday lives from how we fly to how we treat our fellow citizens. – Kerrin