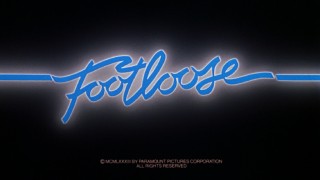 I grew up in the 1990s – the decade of boy bands, dial-up and paranoia surrounding the new millennium – but I love all things ’80s! I was just six months old when the era of Cabbage Patch Dolls, mullets and “valley girls” ended but somehow (okay, I’ve got some “totally rad” older cousins) it seems many of my favorite films were made in the ’80s.

Compiling this list and then narrowing it down to such a small number of tracks was one of the more difficult tasks I’ve had while writing for #NAMB. The songs included in this list are among the most popular and have truly withstood the test of time. I dare you not to sing along when one these unforgettable numbers comes on the radio!

9 to 5 (from 9 to 5) (1980) by Dolly Parton
Anyone who has ever felt underpaid and under appreciated at work can relate to this song…and the impulse to seek revenge on your unfair employer, just like the ladies in this classic comedy (including Dolly Parton who starred in the film). This song is about dreaming big dreams of things outside a thankless job. Dolly Parton’s words describe just how we feel when we’ve got a “case of the Mondays” and we’re running on very little sleep (or coffee).

Fame (from Fame) (1980) by Irene Cara
Fame is the story of students at a NYC performing arts school. The track of the same name inspires the student body to dance in the streets. If this track doesn’t get you off your feet with its mix of guitar and synthesizers, it may be time to check your pulse!

Up Where We Belong (from An Officer and Gentleman) (1982) by Joe Cocker and Jennifer Warnes
If anyone is fit to sing about love – it’s Joe Cocker. His rough voice was made to compliment grand gestures like striding into your beloved’s place of employment in your Dress Whites and (literally) carrying her away. – especially when coupled with Jennifer Warnes’ sweet, clear tones.

Maniac (from Flashdance) (1983) by Michael Sembello
By day, Alex is a welder. By night, he’s an exotic dancer whose dance routine catches the eye of her boss at the local mill. In preparation for an audition at a prestigious conservatory, Alex practices until she’s covered in sweat to the manic beat of Maniac. This song is for dancing alone in your living room at one in the morning (we’ve all done it, right?).

Old Time Rock and Roll (from Risky Business) (1983) by Bob Seger
Released in 1979, Old Time Rock and Roll features a memorable piano intro, but it wasn’t until Tom Cruise slid along his living room floor in socks and a button-down shirt that the song became a hit. In the iconic scene, Cruise’s character lip-syncs for his life to the song lamenting the death of what the writer feels is “real music.”

Footloose (from Footloose) (1984) by Kenny Loggins
This song from the movie of the same name summarizes the themes of the movie in under four minutes: just a bunch of kids trying to remind the adults of a strict southern town that a little dancing never hurt nobody.

When Doves Cry (from Purple Rain) (1984) by Prince and the Revolution
An artist of surpassing ingenuity, one of Prince’s most popular albums is also the soundtrack to a movie starring The Artist himself. Prince plays a musician, The Kid. He struggles with relationships with both his abusive father and his singer girlfriend, clashes with bandmates and expresses his thoughts and feelings through the musical pieces of the film. A love montage intercut with scenes of Prince riding his motorbike through the city, When Doves Cry fleshes out The Kid’s character. When Doves Cry is an example of Prince’s penchant for crisp percussion and guitar work and blunt lyrics.

St. Elmo’s Fire (Man in Motion) (from St. Elmo’s Fire) (1985) by John Parr
One of the things that inspired this list is that I’ve been hearing this song two or three times a week on my ride home from work in the early afternoon this summer. It’s the kind of song that – when played at the proper volume (loud) – can suddenly make you feel better about your day as you’re cruising down the highway.

(I’ve had) the Time of My Life (from Dirty Dancing) (1987) by Bill Medley and Jennifer Warnes
I’ve already complimented the stylings of Jennifer Warnes; however, one producer said of the singer “she’s got a sweet voice…but she’ll never have a hit song.” He was right; she had two #1s in the same decade! (I’ve had) The Time of My Life is among my mother’s favorite songs, and Dirty Dancing is her all-time favorite movie (high praise if you know how much my mother hates movies and cares very little about music generally).

Wind Beneath My Wings (from Beaches) (1988) by Bette Midler
If you’re looking for a song to cry to from one of the saddest movies about friendship and loss, Bette Midler is here to assist you. Wind Beneath My Wings is a farewell to a long-suffering friend but has a personal meaning to me. This was the song playing on the radio when I was finally discharged from the hospital after being born prematurely, weighing in at 1lb, 10 oz. My mother used to play this song just for me. I even have a music box that plays the tune sitting on my desk in my room. Did I mention I’m a crier?

Why Should I Worry? (from Oliver & Company) (1988) by Billy Joel
This song may not be as popular as Scenes from an Italian Restaurant, but Disney struck gold when the Piano Man himself recorded this track for the animated film Oliver & Company. An Oliver Twist set in ’80s NYC with a cast of dogs and cats, the song explains how “Dodger” (the Artful Dodger’s furry counterpart) manages to run the streets of New York. An avid Disney and Joel fan, this song has been a favorite of mine since childhood and is perfect for taking a stroll or when you need a little encouragement. This song seems to say: you’ve got this!

In Your Eyes (from Say Anything…) (1989) by Peter Gabriel
In my opinion, John Cusack’s character in this film is the definition of “boyfriend material. He’s the perfect everyman, brimming with optimism and a sense of adventure (despite not knowing what he wants to do with his life after high school besides “hanging out” with the brainy and guarded Diane Court). After an ugly breakup, Lloyd decides the only way to try and win Diane back is to play a song outside her open window, a massive stereo raised high above his head. Now that’s romance!

Sure, some people see ’80s movies as “cheesy” and formulaic, but truly it is the music that enhances our movie-watching experience. The melodies make us dance, the lyrics might make us cry. Most importantly, you might just find that songs from your favorite ’80s movie have something to teach you about living life as a millennial.

I’ll leave you with a quote from Say Anything…’s Lloyd Dobler: “I’m looking for a dare to be great situation”…and a movie and its soundtrack may inspire you to do just that.

Here’s a playlist to fuel your ’80s love, full of the above songs (minus Old Time Rock and Roll and When Doves cry – ugh, not on Spotify) and some extra ones for more fun!