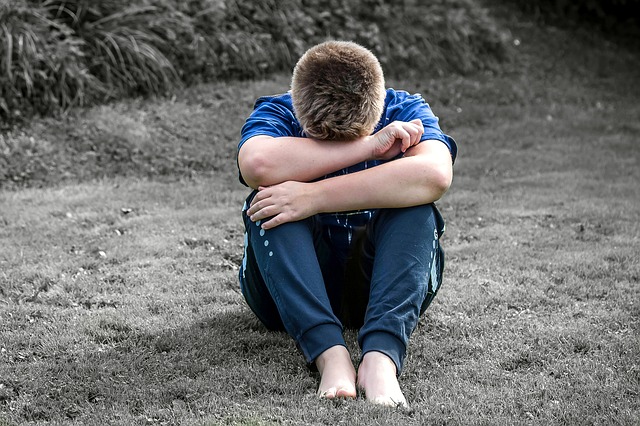 “Kill me.” Those are the words my grandfather whispered to me while he laid in his hospice bed late at night in August of 2008 with just the two of us in the room.

He was 95 years old and had been not only healthy but vibrant until just a few months earlier. But this moment was just days away from the end and he was ready for things to be over.

I felt the magnitude of his words at the time, but wasn’t hit by everything with full force until I watched him pass away a few days later, taking his final breath, surrounded by the rest of our family.

People are impacted differently by hearing something like my grandfather said and then witnessing his death. For me, it led to something that nearly crippled me. And while I’ve overcome it, it’ll still rear its head every now and then.

Anxiety. Not just run of the mill anxiety everyone deals with. I’m talking about debilitating panic attacks — ones that made me leave Mets games, not want to see my friends, be nervous about leaving the house for six hours, and eventually led me to take a leave of absence from my job.

It started right around the time my grandfather got sick, with a feeling of being unable to breathe — more specifically, being unable to get a deep breath. That spiraled into hyperventilating, dizziness, feeling like I was having a heart attack, like I was going to pass out. The attacks were acute and often, and I had no idea why they were happening.

I told those closest to me but tried to push through it. Bad idea.

There was a day at the mall where I couldn’t take being there any longer. My friend jokingly asked if I was going to die and I replied yes. I wasn’t joking.

There was a Mets game — a doubleheader specifically. I was having mild panic issues during the entire first game and made it to the start of the second (a Johan Santana start) before forcing my friend to leave early with me.

But the worst part of it was trying to work a few months after the symptoms first started. My commute at the time was about two hours each way, to a nonprofit in the Bronx.

Part of that ride to work — the train — became my personal hell, where anxiety attacks occurred basically every day. I would then emerge and try to do my job, which included managing a staff of four while recommending either incarceration or social services for people who had recently been arrested.

By this point, I’d been on medication for the anxiety (one pill to take daily and others to take when I felt the most anxious), but kept on working before it took full effect. It was impossible to work while feeling this way, eventually leading me to take a six-week leave of absence.

Most people around me didn’t attempt to understand what I was going through, with some telling me to just “stop it.” That’s not how anxiety works. If you could stop the feeling of thinking you were about to die, you’d do it.

Fortunately, those who were closest to me at the time were there to support me. Had they not been, I seriously don’t think I ever would’ve emerged from the worst of it.

I foolishly tried to come off the medication in 2012 because I wanted to feel ‘normal’ again. Another bad idea that eventually led to a career change. If this situation ever happens to you, don’t try that.

But now, I work for SNY and the Fest For Beatles Fans. Translation: I haven’t missed a day of work due to an anxiety attack in four years.

While eight years have passed since it began and the panic attacks are few and far between these days, anxiety is something I’ll have to live with for the rest of my life.

If I stop taking the prescribed medication, the feeling of dread and debilitating anxiety will eventually come back. If I travel somewhere without Xanax and feel something coming on, I’m basically screwed.

If you feel like you’re having anything close to what I was having, tell someone. If friends family members tell you they’re having a panic attack, take it seriously instead of shrugging it off.

But severe anxiety is something that can be beaten. You need to address it, be honest with yourself and those closest to you, and realize that it’s a day-by-day thing. There’s brightness ahead no matter how dark it might seem at the time.

Seek help for anxiety at www.anxietydisordersfoundation.org.

3 thoughts on “The Perils of Extreme Anxiety, and Overcoming Them”